I am originally from New Zealand, however it has been 10 years since I have lived there. Over the past decade, I have always tried to visit home every now and then, but it’s been hard because New Zealand is so far away….. from everywhere!!

House sitting has made it far more possible to go back home to New Zealand, see the family, catch up with friends and enjoy my own beautiful backyard! Back in 2018, we had the pleasure of heading back to New Zealand for a few months. During this trip, we looked after a couple of homes in some stunning locations.

For those who do not know what a Newfoundland is, it’s more of a brown bear than a dog. They typically weigh about 70kg (which is more than both Britt and I) and eat a whooooole lot of food!

We applied for this house sitting assignment and the owners advised us over the phone that we needed big dog experience for this sit. We had looked after several large dogs before and let the owners that we would love to look after Rocco. However, since this dog was so large the owners wanted us to come and meet them and Rocco before they were comfortable leaving us with him.

So we made our away to Papamoa Beach which was just slightly south of Mt Manganui on New Zealand’s East Coast.

We arrived and Rocco was huge! When the homeowners opened the door he immediately charged past them and put his paws up on my shoulders – he was MASSIVE!

After the initial excitement of new people, Rocco calmed down and went back to his spot under the airconditioning. It was summer in New Zealand and Rocco was so big that he needed aircon in the day time so he didn’t overheat.

We went through the sit with the homeowners and learnt all we could about Rocco. After chatting for a couple of hours and getting to know Rocco we were locked in to care for him!

Taking Care of a Newfoundland Dog

We arrived back a couple of days later to look after Rocco. Aside from the size of him, he would be an easy sit – he hung out under the airconditioning for most of the day and went for a walk around the block in the evening once it got dark (not as hot), and ate 2kg of mince per day.

Although he was massive he was not too bad on the leash – but he attracted A LOT of attention! Everyone that saw him wanted to take photos or come up and meet him – it was lucky we were walking him in the evening when it was dark because in the day time he would attract a tonne of people.

What the owner did not tell us was that he also liked to sleep on the bed at night with us! The first night we were looking after Rocco I was reading in bed when he came charging through the door and jumped up on the bed and took u more space than I did!

The sit with Rocco went really well, we enjoyed exploring the beautiful East Coast of New Zealand and taking care of our own personal bear dog!

New Plymouth is the town that I am originally from. It’s got everything you could want. The ocean, a mountain and all the outdoor activities you could dream of.  We had the opportunity to look after a little Pug named Ruby in New Plymouth.

The homeowners were going away on a honeymoon and needed a couple to look after Ruby the Pug, Pippy the kitten and Oli the goat. This was a nice easy sit as Jay knew the house, the homeowners and the pets.

Oli the goat did not need too much-taking care of, he was a free-range got who had a huge backyard full of grass and lemon trees to keep him occupied. Pippy the kitten, was always up to mischief. She loved to play with Oli and taunt Ruby. She was an adorable little kitten who was almost more like a dog than a cat.

Ruby was your typical pug. Loved sleeping, breathed heavily and loved eating. However, she was also quite partial to a walk. There are lots of beaches, parks and walkways in New Plymouth, Ruby’s favourite was the foreshore walk. It’s a 20 odd km pathway that follows the coast from one end of New Plymouth to the other.

Being a pug Ruby got a lot of attention while we were out walking the foreshore, and was a favourite for lots of the locals, both young and old.

House sitting in your own town is great for many reasons. For me, it is a good way to come and visit home, without intruding in on family or staying at a hotel. It also allows me to have my own space and get some work done while visiting home. Once we finished up in New Plymouth we need to Australia for our next house sitting assignment!

Does House sitting in New Zealand Sound Good to You?

One thing that we did notice about New Zealand is that a lot of the house sitting opportunities in but mainly on local New Zealand sites like Kiwi House Sitters.

How To Find House Sitting Jobs in New Zealand

I hope that I have inspired you to get out there and explore new Zealand via house sitting! New Zealand is a beautiful country with a lot of house sitting jobs on offer!

Have you ever house sat in New Zealand? We would love to hear all about it in the comments below! 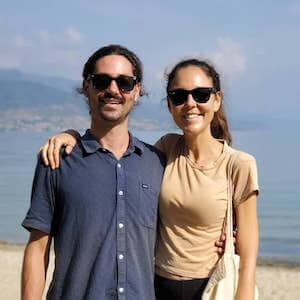 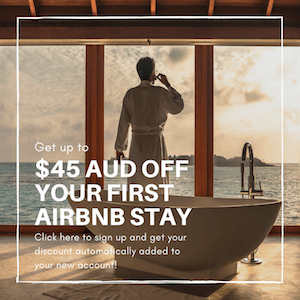